Arrghus (A Link to the Past)

Arrghus (ワート, Wāto?, Wart) is the boss of the Swamp Palace, the second dungeon of the Dark World in The Legend of Zelda: A Link to the Past. Arrghus is a jellyfish-like creature that surrounds itself with cloud-like enemies. Arrghus also has a giant eye in the middle of its body.

To overcome Arrghus, Link must remove the puffballs using the Hookshot found within the Swamp Palace. When the clouds are removed, Arrghus's eye becomes vulnerable, and it will move rapidly around the room across the floor after briefly moving off-screen. Upon sustaining damage, Arrghus will jump out of Link's field of view again before eventually landing, forcing Link to move during this phase to avoid taking damage. After Arrghus is defeated, Link receives a Heart Container and frees the maiden from her crystal. 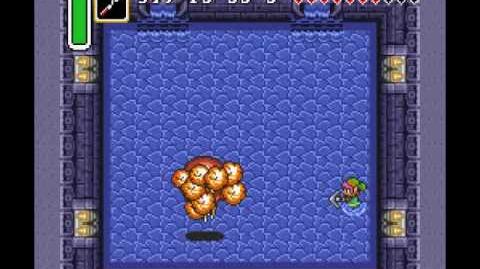 Palace of the Four Sword

In the Palace of the Four Sword, Link must face Arrghus again, although now the creatures surrounding it are Bari, making the battle much more difficult. When all the Baris are defeated and Arrghus is charging around the room, spheres of water will also rise from the floor, launch at Link, and bounce off walls. Arrghus also moves around the room much faster during this stage of the battle. 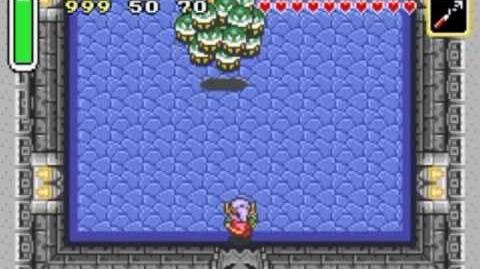 It is possible that Arrghus was named after Argus, a creature from Greek mythology who served the goddess Hera. Argus' body was covered in one hundred eyes.