Cueball is the mini-boss of Angler's Tunnel, the fourth dungeon in The Legend of Zelda: Link's Awakening. It looks very much like a giant Octorok, and in fact is identical in appearance and behavior to the Fire Cephalopod, the mini-boss of Turtle Rock dungeon. Cueball lives and fights in water. Its only weak spot is its fleshy backside, where Link must strike repeatedly with his sword to defeat it.

Cueball will always move around the square centered in the middle of the room. When it approaches, charge up for a Spin Attack and use Roc's Feather to jump over it and release the Spin Attack when Link is near its backside. Another way to defeat it is to chase it with the Pegasus Boots, following it around and ramming into its back. After it has taken damage, its direction will change, so just use the same technique again. The number of times this must be repeated depends on which sword Link is using. 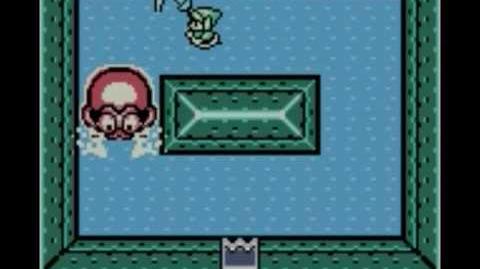 Retrieved from "https://zelda-archive.fandom.com/wiki/Cueball?oldid=445618"
Community content is available under CC-BY-SA unless otherwise noted.