Zeldapedia
Register
Don't have an account?
Sign In
Advertisement
in: Articles with non-canonical information, The Legend of Zelda bosses
English

Dodongo (The Legend of Zelda)

Dodongo (ドドンゴ, Dodongo?) is a boss from The Legend of Zelda. This hulking dinosaur is the boss of Level 2. It closely resembles a Triceratops. Dodongo is vulnerable to smoke, produced by Bombs, as alluded to by the Old Man. Several Dodongos appear as mini-bosses in later dungeons, and are defeated in the same manner as the first.

Dodongo is vulnerable to Bombs, and if it ingests one, it will explode inside its stomach. Two bombs will kill the beast, giving Link the second piece of the Triforce of Wisdom. If Dodongo walks into the smoke of a bomb explosion, it will be stunned and become vulnerable to Link's sword. 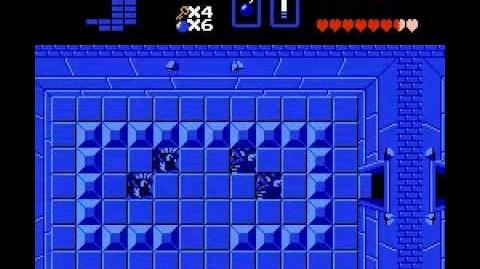 The Dodongos 8-bit sprite from The Legends of Zelda is used to represent that series incarnation of King Dodongo on the Adventure Map in Adventure Mode.