The Electronic Entertainment Expo, more commonly referred to as E3, is an annual convention that is held each year at the Los Angeles Convention Center. An expo for the computer and video games industry, this convention is held between June 15 and June 17 as of 2007. E3 is generally a large event for the Legend of Zelda series and Nintendo in general, as many big announcements are revealed here.

The first year for the Electronic Entertainment Expo was held in 1995. This year featured many introductions into the gaming industry, such as the Virtual Boy, the Nintendo Ultra 64 (later renamed the Nintendo 64), and Sony's entrance into the industry. There were over 80,000 attendees for the first year. In 2007 and 2008, the number of attendees dropped because the convention became invitation-only. Throughout the following years, the convention would see many products get their first appearance.

The Electronic Entertainment Expo is widely regarded as the world's largest convention for video games. Video game companies normally spend more time on preparations for the Electronic Entertainment Expo than they do on any other video game convention. Video game critics, along with their awards for the several genres of gaming, also started including a "Best of E3" award. This is one of the only conventions to get its own award.

Nintendo first revealed The Legend of Zelda: Ocarina of Time in the lead up to the convention. To promote the game, Nintendo sold 15 inch tall Link statues, resembling his adult appearance in the game. In present day, these statues are very rare and generally sell for $500 or more.

With the anticipation of Ocarina of Time amplifying, Nintendo brought more footage of the game that would ultimately be released in November 1998.

The Legend of Zelda: Majora's Mask was on display.

A demo for The Legend of Zelda: The Wind Waker was playable. The demo received positive reviews and won the Game Critics Award for "Best Console Game."

The Game Boy Advance re-release for The Legend of Zelda: A Link to the Past was promoted, but to a far lesser extent than The Wind Waker.

The Legend of Zelda: Twilight Princess was first revealed in a trailer. The display was highly acclaimed, and many supported the more realistic approach to the series. Shigeru Miyamoto explained that the graphical style was chosen to satisfy demand, and that it better fits the theme of an older Link.

A trailer for The Legend of Zelda: The Minish Cap was shown, but did not garner as much attention as Twilight Princess.

A trailer of Twilight Princess was again shown, and the official title for the game was revealed to the public. Several aspects of the game such as the Twilight and Wolf Link gameplay segments were shown for the first time. A playable demo for the game was put on display.

Nintendo announced that Zelda would be coming to the Wii. Unbeknown to fans at the time, however, this meant that Twilight Princess would be available for both the Wii and the Nintendo GameCube, and that there were not two separate games in development.

A demo for Twilight Princess was available. Nintendo announced that both the GameCube and Wii versions would be available at the Wii's launch. This was later proven false, as the GameCube version was released a month after the Wii.

The Legend of Zelda: Phantom Hourglass was displayed at the conference, where it earned the Game Critics Award for "Best Handheld Game."

Shigeru Miyamoto confirmed that the next Zelda game was "in the works."

The Legend of Zelda: Spirit Tracks was displayed.

Although the upcoming Zelda Wii was not truly displayed, a piece of concept art depicting Link and Fi, then known as the "Blue Figure", was leaked to the public.

The Legend of Zelda: Four Swords was also announced to be released on Nintendo DSiWare for free in September of the same year.

Trailers for Skyward Sword and Ocarina of Time 3D were also shown during the press conference.

During the announcement of the Wii's successor, the Wii U, a tech demo showcasing the console's high-definition graphics featured Link battling what appears to be a new incarnation of Gohma.

Information on The Legend of Zelda: Battle Quest was presented.

The 2004 Twilight Princess trailer at E3 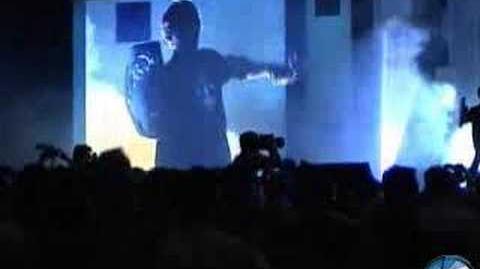 The 2005 Twilight Princess trailer at E3 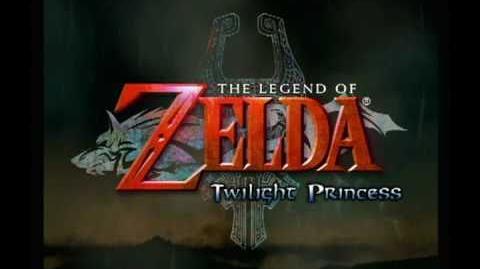 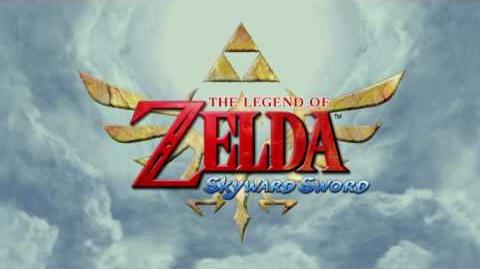