This page is about the boss. For the character, see General Onox.

General Onox is the penultimate boss in The Legend of Zelda: Oracle of Seasons. During this battle, he occasionally uses Din, who is encased in a crystal prison, as a shield. After his defeat, Onox will assume his Dark Dragon form to initiate the last boss battle.

Unless Link has obtained the Master Sword or the Biggoron's Sword, the only way to breach Onox's armor is to use the Spin Attack against him. After he has been hit a number of times, he will summon forth Din and use her as a shield, which will electrocute Link if he strikes the crystal she is trapped in. The most effective way to circumvent this is to strike the crystal with the Rod of Seasons, which will knock it away without damaging Link, leaving Onox open to attack for a time.

Link can also use Pegasus Seeds to avoid General Onox's ball and chain and whirlwind projectiles. Onox also causes boulders to fall down by jumping. The Roc's Cape can be used to avoid his attacks. The key to winning this battle for Link is to keep his distance and attack quickly. 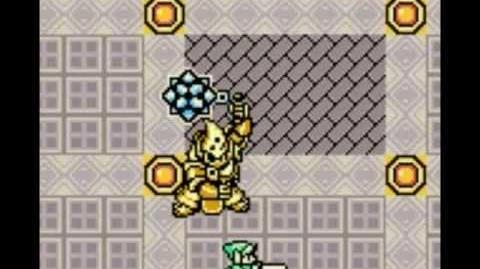 Retrieved from "https://zelda-archive.fandom.com/wiki/General_Onox_(boss)?oldid=445604"
Community content is available under CC-BY-SA unless otherwise noted.