Zeldapedia
Register
Don't have an account?
Sign In
Advertisement
in: Articles with non-canonical information, The Legend of Zelda bosses, Gohmas
English

Gohma (The Legend of Zelda)

Gohma's hard shell repels all attacks, and its weakness is its large, single eye, which is vulnerable to Link's arrows. Due to this weakness, Gohma frequently keeps its eye closed, and attacks by shooting beams from a distance. There are both orange and blue Gohmas, the orange one requiring a single arrow hit to defeat and the blue ones requiring three. All the Gohma are blue except for the one that is the boss Level 6 in the first quest. 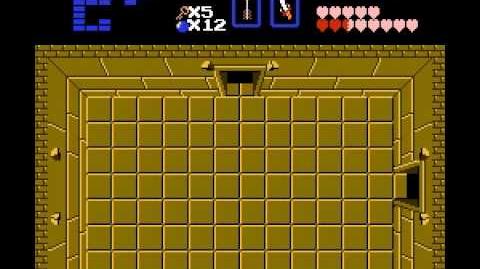 Gohma's 8-bit sprite from The Legend of Zelda is used to represent that series incarnation of Gohma on the Adventure Map in Adventure Mode.