The Grim Creeper is the mini-boss of Eagle's Tower, the seventh dungeon in The Legend of Zelda: Link's Awakening. He is skeletal in appearance and has a cowardly disposition. He attacks with his Keese-like servants, which he refers to as his "brothers". 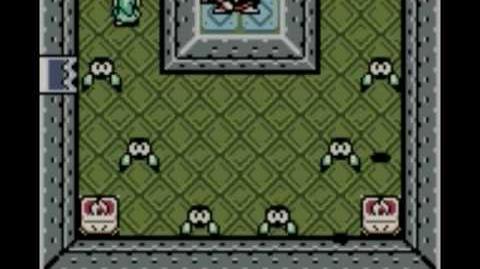 Though unlikely, it is possible that the Grim Creeper is not actually evil. Since he is part of Nightmare's army, it is likely that he is just trying to take over the island, but when he is defeated he speaks as if Link is the bad guy, giving off the slight impression that he may be fighting to protect the island rather than control it, and the only way to do so is to stop Link from awakening the Wind Fish.

Another theory is that if the Wind Fish was to be awakened by means other than the Instruments of the Sirens, Koholint Island and Link would both disappear.

The Grim Creeper's name is a play on the Grim Reaper, a term used for the personification of death.

Retrieved from "https://zelda-archive.fandom.com/wiki/Grim_Creeper?oldid=445620"
Community content is available under CC-BY-SA unless otherwise noted.