Zeldapedia
Register
Don't have an account?
Sign In
Advertisement
in: Kings, The Legend of Zelda: Four Swords Adventures bosses

The Helmaroc King (ジークロック, Jīku Rokku?) is a boss from The Legend of Zelda: Four Swords Adventures. This large, masked, multi-colored bird serves as the final enemy of the The Mountain Path. It bombards Link with rocks while swooping down, trying to fly into him. 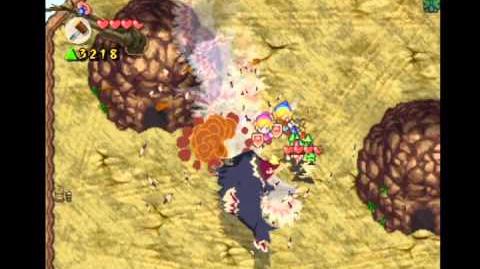