Zeldapedia
Register
Don't have an account?
Sign In
Advertisement
in: The Legend of Zelda: Four Swords Adventures bosses

Jalhalla (ジャイ・ハーラ, Jai Hāra?) is a boss from The Legend of Zelda: Four Swords Adventures. This large ghost serves as the final enemy in The Swamp and the Infiltration of Hyrule Castle. Unlike the Ghinis that it resembles, Jalhalla does not die when exposed to light, instead becoming vulnerable to attack.

Battle in The Swamp

To initiate the battle, Link must first use the Torches to kill the four Giant Ghini. By stepping on the nearby switches, the torches activate, giving out a bright light. When all four switches are stepped on at once, Jalhalla appears.

In order to damage Jalhalla, Link must activate a torch while it is near one. Jalhalla will then become opaque, making it vulnerable to Link's sword. After each hit, Jalhalla will turn red, blow up to the size of the screen, return to the center of the arena, and release Ghini and other enemies. After each attack, Jalhalla gets smaller until he explodes.

Jalhalla appears to be defeated; however, a small green figure can be seen running toward Hyrule Castle. Having defeated Jalhalla, Link can carry out the Infiltration of Hyrule Castle. 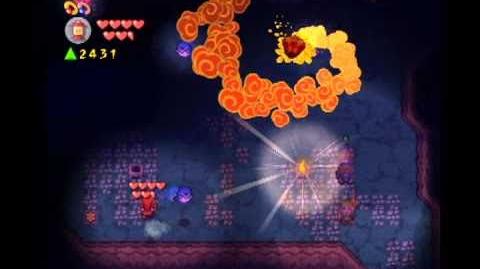 In the center of Hyrule Castle, Link encounters Jalhalla again. The only major difference in the battle is that upon taking damage, Jalhalla inhales, pulling Link inside. Inside, Link can attack the small green figure seen retreating earlier. After enough hits, Jalhalla is destroyed for good. 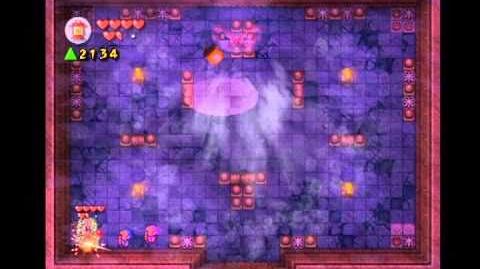 It is possible that Jalhalla is named after Valhalla, the afterlife of Scandinavian mythology, although his name also sounds similar to Jahannam, the Islamic equivalent of Hell.