Tower of Hera
Ganon's Tower
Palace of the Four Sword

Moldorm (デグテール, Degu Tēru?, Big Tail) is the boss of Tower of Hera, the third dungeon in The Legend of Zelda: A Link to the Past. Moldorm is a huge, yellow worm who guards the Pendant of Wisdom. It later reappears as a mini-boss in Ganon's Tower, albeit much easier due to Moldorm having a new arena and having one of the stronger swords in the game.

Moldorm is often considered one of the most frustrating bosses to defeat in the game, not because it can easily defeat Link, but rather, because the arena it is fought in is surrounded by a pit - if Link falls into this pit, he will suffer no damage, but will fall down a floor and be forced to fight Moldorm with full health, regardless of how much damage was inflicted on Moldorm previously. For this reason, conserving the hearts found in the pots just before the boss room is recommended.

To engage Moldorm in battle, Link must first jump down from a platform to the central boss battle area. Moldorm's tail is its weak point; if any other part of Moldorm is struck by Link's Fighter's Sword, Link will suffer recoil and may fall off the platform or the inconveniently placed hole, thus forcing Link to climb up the tower and redo the battle from the start. As Moldorm suffers more and more damage, its pace quickens and its movements become more erratic. It is wise to use well-timed Spin Attacks rather than regular sword slashes. Once Moldorm has taken enough damage, it halts and explodes, leaving behind a Heart Container and releasing the Pendant of Wisdom.

A good strategy is to stand on the right side of the platform, distance Link from Moldorm, charge a Spin Attack, then wait a second or two. When Moldorm ceases his erratic movement and charges straight at Link, simply sidestep him, then get close to his tail and unleash the Spin Attack. Repeat this strategy, accounting for Moldorm's increased speed later in the battle. 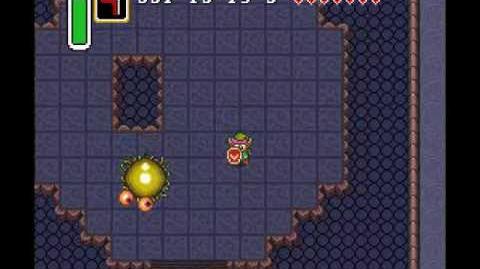 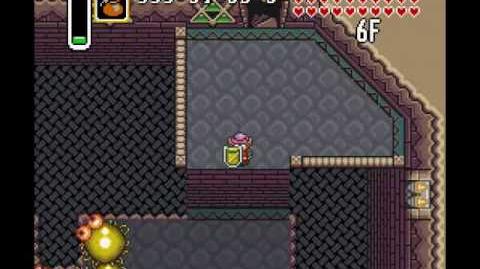 Retrieved from "https://zelda-archive.fandom.com/wiki/Moldorm_(A_Link_to_the_Past)?oldid=467510"
Community content is available under CC-BY-SA unless otherwise noted.