Molgera (封印の守護神モルド・ゲイラ, Fūin no Shugojin Morudo Geira?, Guardian Deity of the Seal: Mold Gera) is the boss of the Wind Temple, the sixth dungeon in The Legend of Zelda: The Wind Waker. It is the monster that killed Fado many years ago, and guards a shrine deep within the Wind Temple. Although Molgera usually hides underground in the sand, waiting for its prey to come close enough within its pit to eat it, it will often leap into the air and attempt to ram its prey below.

Molgera will also spawn out smaller enemies that look somewhat similar to Molgera to hunt down and attack its foe. To defeat this monster, Link must use his Hookshot to pull its tongue towards him and then slash at it with his sword. It returns in Ganon's Tower, only in black and white and much less difficult to defeat, likely because the Master Sword's power has been fully restored. Only items obtained before the initial battle are available in this second battle to refer the fight as a flashback to Link.

When Link withdrew the Master Sword from its pedestal in Hyrule Castle, the seal on Ganondorf's abilities shattered completely, guaranteeing Ganondorf's full power returned to him. When Link meets and attacks Ganondorf with the blade, it has no effect on him and Ganondorf reveals that its power is gone. In order to restore this power to the Master Sword, Link sought out the two ancestral Sages whose destinies had yet to be fulfilled. By calling on Medli, the new Earth Sage, and Makar, the new Wind Sage, Link awakened them both as Sages of the Master Sword, and brought them to their respective temples where they took the role of guardians of the Master Sword, thus returning its power.

To defeat Molgera, Link must avoid the pit that the sand worm creates. If Link comes too close, Molgera will eat him, chew him up, and then spit him out, causing two hearts of damage. Link must use his Hookshot on Molgera's tongue, then slash it. After the first blows, Molgera will emerge from the sand and fly around the room, before crashing back into the sand. Getting hit causes two hearts of damage to Link. Another pit will form at the center of the room, and the process in which Link must hookshot the tongue will continue once more, except that now Molgera's larvae will burrow under the sand, messing up the L-targeting and attacking Link causing a half of heart of damage. To kill them, Link must hookshot them and slash them twice. They each leave a heart once defeated. If Link kills all three, he will have a clear shot at Molgera again; however, every time after its tongue is attacked, it will spew out three more Molgera larvae.

Its death scene depicts it flying out of the sand, turning into sand, and exploding from the tail to the head (the head explodes in usual enemy fashion).

Molgera can also be killed while flying around the room. When it is done flying around, it "roars" and comes at Link with its mouth wide open before crashing back into the sand. Link can Hookshot (if he is close enough) into the center of the mouth and pull out the tongue to kill Molgera.

The Molgera battle also bears a striking resemblance to the Twinmold battle from The Legend of Zelda: Majora's Mask, as both are fought in a sandy arena, both are giant worm-like creatures, both can summon smaller enemies to attack Link, and both crawl out of the sand to attack Link. 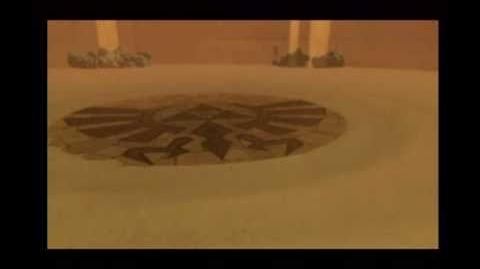 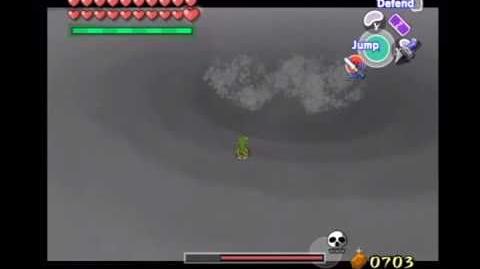 Though Molgera itself does not appear physically, it is referenced by its boss theme from The Wind Waker which appears as background music in the Wind and Earth Temples stage. In the music player section of the game's gallery, the theme appears under the name Molgera: WW.

Retrieved from "https://zelda-archive.fandom.com/wiki/Molgera?oldid=541862"
Community content is available under CC-BY-SA unless otherwise noted.