"If we waste our time dealing with this, we'll never find Zant! Don't bother yourself with those little nuisances! Attack Zant's image!"
— Midna

Phantom Zant is the mini-boss of the Palace of Twilight, the eighth dungeon in The Legend of Zelda: Twilight Princess. It is a spectral replication of Zant, though it is unknown whether it is a separate entity or an ethereal projection under the control of Zant. Unlike Phantom Ganon, who appears ghost-like, Phantom Zant has the appearance of a hologram. Despite this, it is vulnerable to Link's sword.

A spectral guardian created in Zant's image, Link is confronted by Phantom Zant twice during his conquest of the Palace of Twilight. Both times, Phantom Zant guards a respective Sol, powerful magical objects that can dispel Shadow Crystal Fog, and as such, a threat to Zant's rule were they to ever come into the hands of those who would oppose him.

When the battle begins, Phantom Zant forms a massive sphere and tosses it into the air, where it forms a Twilight Portal from which enemies appear. If Link can destroy all the enemies, Phantom Zant begins to warp around the room to find another place to make another orb, with which he will either make another portal or simply fire three blasts of dark magic. It is during this time Link can damage Phantom Zant with his sword. After some repetition of this process, Phantom Zant is defeated, exploding and covering the floor with Shadow Crystal Fog and allowing Link to obtain one of the Sols.

As part of his default Scimitars moveset, Zant will summon two Phantom Zant's during his Special Attack to create a sphere of dark energy which they then drop on his opponents. The design of Zant's Standard Outfit (Twilight) is a recolor based on Phantom Zant.

In addition, during the main story mode, while not strictly Phantom Zant, a similar concept appeared during the penultimate level of the game, where Zant alongside Ghirahim sent decoys toward them as a means to trick the heroes into letting their guard down. 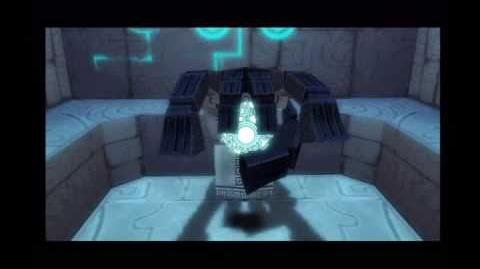 Retrieved from "https://zelda-archive.fandom.com/wiki/Phantom_Zant?oldid=541921"
Community content is available under CC-BY-SA unless otherwise noted.