Zeldapedia
Register
Don't have an account?
Sign In
Advertisement
in: Zeldapedians with rollback rights, Female Zeldapedians, User en,
and 15 more

That one girl who... is a girl dunno couldn't think of anything else to put here
Prophetess of the Brokenhearted made it up for Hyrule legends

a city populated by Earthlings, duh (or when I'm Tallulah, my hometown is Silverwing)

(I don't trust the Internet with my real name)

So as you can see by my fancy Hylian Speak userbox, I can read Hylian Alphabet. It's so fun, my friends are all bragging "I can speak Spanish!" "Oh yeah? Well I can count to ten in Japanese!" "Shut up, so can I, the teacher taught us all how last year." and I can say "You both suck, I know how to write in Hylian!" And they just stare at me like "What planet are you from?" "Is that even a real language?" "Prove it." And then I write my name on a piece of paper in Hylian and wave it in their faces and if I didn't have to go look this up right now I could say "¡Puedo escribir en Hylian y usted puede no y puedo contar a diez en japonés, italiano, español, francés, holandés, y el Puerco latín tan AH! ¡Gano!" to prove that I can speak Spanish too, but in reality yo habla espanol muy pequito, so I can't do that. And just to be cool, since we have this AWESOME new template here, I will write my name in Hylian.

I've only played four Zelda games to date and I'm already having dreams about it. I once dreamt that I had the Master Sword which is sort of scary because I'm a girl and the hero is always male, right?

Guess what? I learned how to make a USER SUBPAGE! I'm putting an online journal on it.Oh yeah!<--Uh huh, that's my journal. And I'm making a sandbox for myself, too. User:Lisa URAQT/Sandbox

Zelda Games I Have Played

(in the order I beat them)

Announcer: We interrupt this userpage to tell you that this user--

Lisa URAQT: Hey! What's your problem? go get your own userpage to interrupt!

Announcer: Nope, too lazy. Anyway! We interrupt this userpage to tell you that- oh crap, how do you pronounce this?-Lisa... Yuraquit has--

Lisa URAQT: You spell it out! It's Lisa-you-are-a-cutie!

Announcer: What the freak? did you just call me cute?

Announcer: Then why'd you say--

Announcer: Okay. For the third time, we interrupt this userpage to tell you that this user went to Gamestop on Saturday to buy Twilight Princess!

Lisa URAQT: Freakin stalker! How do you know that! *picks up announcer and drop kicks him*

Announcer: Aw, crap, this is where I'm supposed to yell that awesome one-liner like they always do on TV...

There are a few reasons I named this spelling bee. The first: Do you know how to pronounce URAQT? If you don't pretend you're in a spelling be and they ask you to spell URAQT.

the second reason is that they always use random wordds in spelling bees. so I'm gonna be really random, yay!

Wanna see something really messed up? Follow this link. (it's kind of long so I'm sorry if it messes up your internet) And yes, it did annoy me. Note to your self: always preview and remember to always put </poll> where it needs to go. Seriously.

And a random crap video: 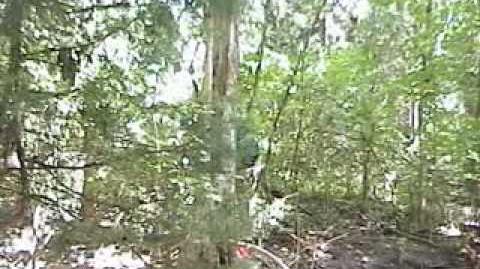 I am a member of the close-to-being-ignored dragonrp.wikia.com, which is short for Dragon Roleplaying Adventures Wiki. Seriously, check it out, we need users. basically, what we do is someone creates a roleplaying story/game, and other people roleplay characters. The Storymaster/gamemaster (the person who started the story/game) often has two characters, or plays a character and controls the evil creatures or whatever. It varies a lot. So I'm the storymaster of the story Fate which has four main characters: two filled in (one played by me, the other played by a person who mysteriously disappeared since April) and two characters that are open for new players. More main characters will probably be added once the story gets started. But the story has barely been started, even though I was so psyched to find out that Fate was the number 1 most visited page out of the whole site and also landed itslf on the Editor's Pick list. So, if anyone is interested in playing a character or helping out in any way, please contact me either on my talk page here or my talk page@dragonrp.

Some of these polls I'm genuinely interested in the feedback of the people who come to my page. Others... well... you'll see.

Fate<---this is the link I'm talking about!

Grrr! I thought I said that annoyed me. Is the world like, out to get me or something? *turns paranoid* Nah, JK, no worries, guys.

So you're obsessive-compulsive and yuraquit? Hahaha! Sorry whenever someone says something that annoys them I just feel the need to do it anyway. Nah just signing; have a good one. --Big Poe=Nice Guy 20:15, 19 April 2009 (UTC)

Sorry I can't make talk bubbles, but is it OK if you sign up for Operation DeathSword? the details are at my page. I will only let 3 people enlist as generals that enlist soldiers in DeathSword's army and you're one of them. You don't have to, but you can do this. If you want to go to my site. signed User: Mr.Green hat

Lisa says:I'm using the signatures section as a temporary sandbox for my new colorized signature for places like ToC where I can't use my talk bubble. Ready? Here I go!

Looks simple, doesn't it? Well, it's not. It has a total of four links, uses two different colors using hex triplets, and has a whole dang lot of formatting. But it's finished, so now I'm just gonna sign my new signature. --Lisa URAQTYay!

Hey Lisa. Thanks for helping me with the userboxes. Cool page by the way.=) -The Midna

Hey, I make sheep noises while flying, too! User3000