"Finnish Link™" redirects here. For the Dufus™ of the same name, see the Dufus™ Gallery.

Hi, I'm Minish Link and self-descriptions are not my forte. I'm an administrator here, which essentially means that if you have any questions for me I am contractually obligated to can hopefully answer them. If you need anything, contact me here. I like mathematics, music, and good food, and I dislike conflict, heavy workloads and mean people.

Apparently, a Dark Knight achieved a crystal. I still can't figure out if we're talking about meth here or not.

What about the Pink ChuChus? Because pink is love, and a humanitarian like me loves people.

...the road to the hood shall open.

So I heard Lord Jabu-Jabu and the Wind Fish have a thing going...

I think it's an anniversary present.

It's the newest advancement in Template technology.

I think AK must've gotten a hold of one of those bootleg flux capacitors.

And while we're at it, I'd like you to meet my husband, Ellen Page.

Someone slept on the couch that night...

AK catches someone in the act of endumbenating an article.

WARNING: This article is too valuable and awesome to exist.

Funny edit versus sea creature in a bottle.

My studies indicate that some males are attracted to "breasts". Interesting...

Although most people don't think they are not in twighlight princess, the are.

They are also referred to as "De-De's.

Did You Know That Japan Is Less Strict On Violence,Blood,Nudity,Sexual Content. I didn't.

Virgin: Yes, because you just did this.

Well? Which is it?

If you look at it while on drugs in a mild coma, you can see that this shows tremendous character growth and maturity.

The Moon is known for going to Termina to obtain a hug.

Way to tell him, FD.

I like to incorporate the word "Objection of Affection" into sentences.

I had a little issue with resizing an image, okay?

i cannot verified what will happen to you

So if this is the Legend of Groose, that means there's a Princess Groose, right? ...God, I hope so.

Not that Party Wheel is that much better.

For the Bleach fans out there.

They have a point.

Well, since asked so nicely...

In which I do a good thing.

In case you were wondering.

Probably tragically outdated, but hey, what are you gonna do.

Only putting down favourites/least favourites for games I've played a significant amount of...

Some people have specific lists of things they dislike or like in Zelda games, so this is both. For things I like, I'm just listing things I specifically like more than the rest of the game, obviously. Since I do like most Zelda games a lot, the things I dislike are usually just things I find annoying, so even if I list a lot for one game, it doesn't necessarily mean that I dislike it.

The Legend of Groose

Here are some new and improved polls, since the last ones I made were from like 2010.

Past and Present Signatures

If you feel possessed to carve your name into the stone that is this page for all eternity, feel free to do so below.

DALASQUA! WE'RE OFF!! IT IS WRITTEN, ONLY FINNISH LINK CAN DEFEAT TINGLE!!!!!!!!! --DekuStick Master

You must, as it is written in prophecy. DALASQUA! COME WITH ME!! WE'RE OFF!!!! --DekuStick Master

I tried to vote for you for rollback, but I don't have the edits (I pride myself on genuine edits that add content/destroy crap). This is the best I can do: YOUR PAGE JUST GOT SIGNED BY NAXIOS10! - User:Naxios10

Sorry you had to see his signature!! Huggles!!

So listen, don't take my userboxes without permission, please. Thanks. 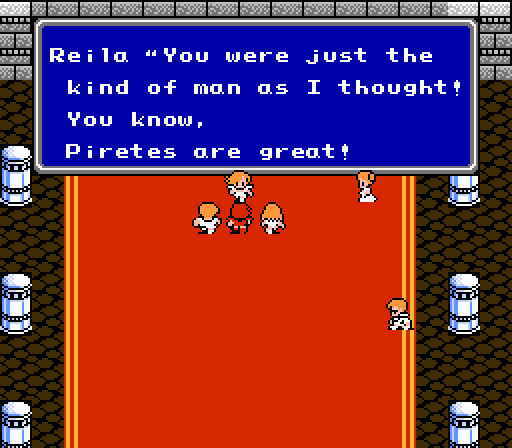