Zeldapedia
Register
Don't have an account?
Sign In
Advertisement
in: Final bosses, The Legend of Zelda: Oracle of Ages bosses, Fairies
English

This page is about the boss. For the character, see Veran.

Veran is the final boss from The Legend of Zelda: Oracle of Ages in a non-Linked Game. Throughout the course of the game, she is fought two times, once in Ambi's Palace directly after the Mermaid's Cave and once in the Black Tower at the end of the game.

At this point, Veran is still in control of Nayru's body, and therefore, cannot be directly attacked. While avoiding her energy balls, Link must fire a Mystery Seed at her to make Veran's shadow hover above Nayru's head. Then, using the Switch Hook, Link can completely pull her out, making her vulnerable to sword attacks. After enough damage, Veran leaves Nayru's body and possesses Queen Ambi. 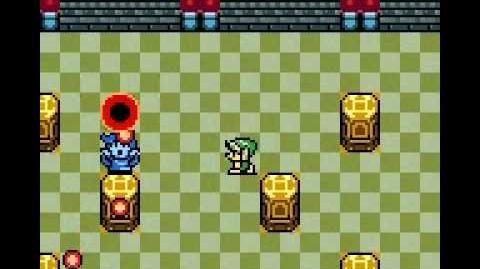 The final battle against Veran has five stages. Towards the end of the battle, she switches between her final three stages.

First, Link must fight Queen Ambi, who is under Veran's control. This stage is nearly identical to the battle with Nayru-possessed Veran, with the exception of additional enemies that Veran summons. After dealing enough damage, Veran leaves Ambi's body and Ambi leaves the tower.

Next, Veran transforms into a fairy-like creature. She also summons what appear to be four Dark Links, which will mirror Link's movements. Veran flies around the room and fires energy balls at Link, including a radial wave of them similar to her prior form. She can also fire a large, slow moving energy ball that temporarily changes Link into a helpless infant. She is vulnerable to sword attacks, and the battle will end after she has taken enough damage.

Veran appears to be defeated, so Link, Ralph, and Nayru begin to leave the Black Tower. However, Veran's voice is heard as the Black Tower partially collapses. Link pushes Nayru and Ralph to safety before the exit is blocked, and is then pulled to the site of the final confrontation by a Wallmaster. In this third stage, Veran can take on three different forms. She begins the fight in her "Turtle" form. For the rest of the battle, she will alternate between her turtle form and either of the others. Veran will be defeated after taking enough total damage, and may not even appear as all her forms before the battle ends.

Veran's turtle form constantly jumps up and crashes down, attempting to crush Link. To damage her, Link must avoid her jumping and swing his sword at her face when it is exposed.

Veran's spider form can spit out a web, which will cause considerable damage to Link if he becomes entangled in it. To damage Spider Veran, Link must first throw a bomb in front of her. Once she is stunned, she becomes vulnerable to sword attacks. Alternately, a swing from the Biggoron's Sword can also stun Veran, leaving her open for further attacks.

Veran's Bee form flies around the room, occasionally summons a swarm of smaller bees that fly at Link, and can shoot a volley of stingers at Link, which slow his walking speed. Bee Veran is vulnerable to both the Seed Shooter and Sword. 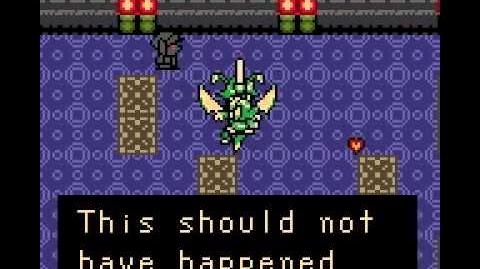